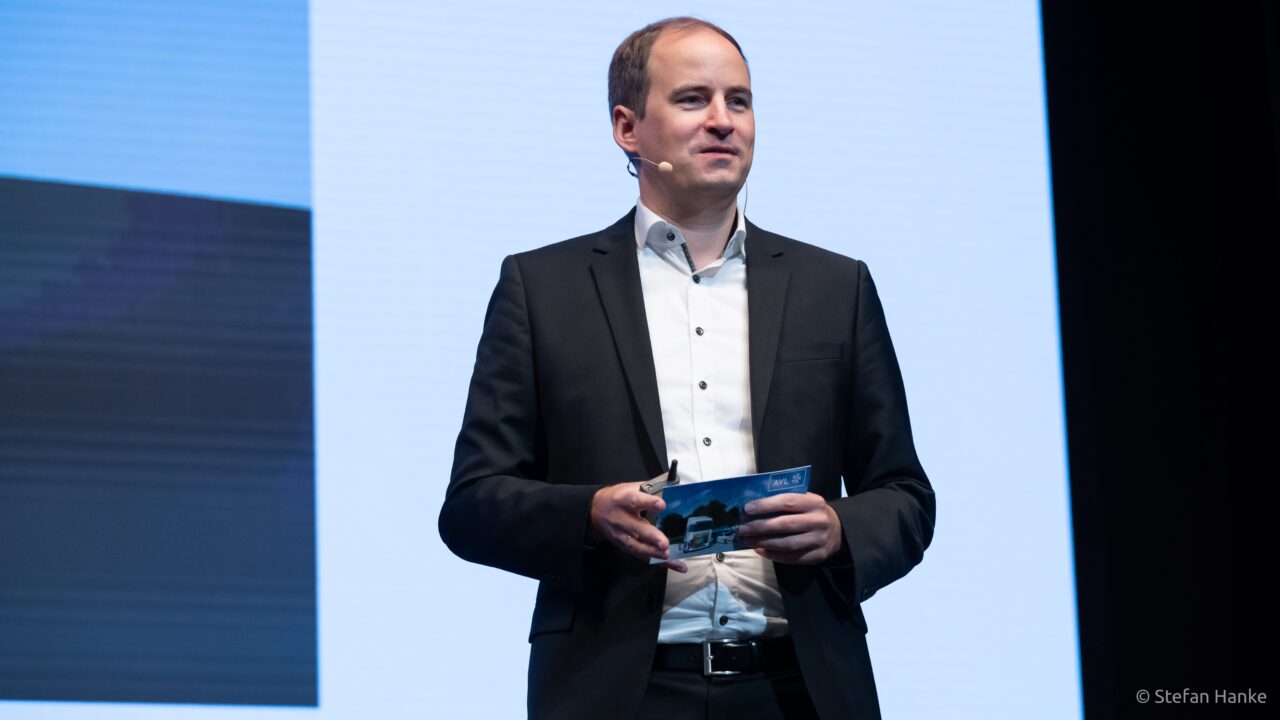 Hello Alex! This is a very special interview today, since you work for our sales partner AVL! You most recently moved from AVL Munich to Graz.
Can you tell us about your responsibilities as a Technical Sales Specialist?

So, I’ve been working as a Solution Expert at AVL in Munich for the last two and a half years and now in the role of a Technical Sales Specialist since the beginning of October 2022.
My main tasks can be divided into three pillars.
The first pillar is basically technical support. I’m the contact person for our German-speaking customers for PreonLab, so first level support and also second level support. I take care of the customers’ concerns, small problems and how-to or usage things.
The second pillar is also relatively large. This is sales support, where I support our sales colleagues in the acquisition of new customers. It’s about presenting the product in principle, but of course also arousing interest in the particular application that the potential new customer now has. All the way to the first proof of concept or demos. And the whole thing can then lead to a software training with a subsequent test phase, which I also support, of course. That overlaps a bit with technical support.
The third pillar would then be the topic of project work, which is really about the processing of customer projects, which I would say is more in the direction of methods development. But usually, it’s application or method projects that stretch the current portfolio a bit, at least to the limits of what’s possible. And that is exactly the salt in the soup, that’s where it gets very exciting.

To what extent have these tasks changed since you moved to Graz?

I think the main difference between the last position and the current one is basically that I was more or less exclusively responsible for the German market before and now, in this role, I will of course have more international tasks in addition to my employment in Graz. That means the overall scope will be expanded somewhat.
I see the tasks themselves as very similar. What I just mentioned, i.e. these three pillars, no longer only apply to German and German-speaking customers, but also to international customers.

At what point did you become fascinated with CFD and simulations in general?
Was there a special moment?

Actually, that came about during my studies. So, subjects like thermodynamics and fluid mechanics were very exciting for me and then you inevitably come to the topic of flow and simulation. And I was very attracted by all this complexity, that flows can be arbitrarily complex and what is also interesting is that there is still no closed solution for the description of all flows.
So, this topic of Navier-Stokes equations, which cannot be solved analytically but only numerically, fascinated me very much and drove me in the direction of doing fluid mechanics myself. And that’s how I got there.

Before your time at AVL, you studied mechanical engineering at the Technical University of Munich.
How did the contact and later the cooperation with AVL come about?

It so happened that I got to know AVL during my doctorate. As an Austrian, however, I knew AVL as an Austrian company even before that. In fact, we even went on an excursion to AVL when I was still at school, when I must have been about 16.

Later, during my doctoral studies, our paths crossed again because AVL was involved in my research project as an industrial partner. Specifically, they provided me with the software, being AVL Fire. So I used AVL software to do my calculations for my doctorate. The topic was flow calculations of oil and air flows in the crankcase of an internal combustion engine.
In this research group, representatives from AVL were also present from time to time, where initial contacts were made.
After my time at the institute, I looked around and then I got in touch with Moritz Frobenius and asked if they were looking for people because I was interested. And that’s how the contact finally came about.

Was that also when you then started working at AVL?

Exactly. I then started in Munich in 2015 as an analysis and support engineer with Fire, because I already had six years of experience, so to speak. I first started with Fire Support.

Shortly after, in 2017, I came into contact with PreonLab for the first time, because Markus and Jens came to us in Munich to show PreonLab to our team.

I didn’t know Jens or Markus beforehand, and at first we were just told that people were coming by to show us a new particle-based tool, and I was curious, as were other colleagues, and took a look at it, and I was just incredibly impressed by what you can do. Someone stands at the front and does a little drag and drop, and you already have the first results.

At the beginning, it was a bit like magic, what they were showing, and you almost couldn’t believe it. Also, that you can simply change something live in the simulation, for example, and the system reacts to it immediately.
That was unthinkable for me until then. That impressed me a lot. And then, of course, I wanted to find out more about the tool and simply tried it out and it wonderfully confirmed what Jens and Markus had shown.

They then provided us with licenses relatively quickly, and it didn’t take long before I was testing PreonLab in projects or simply thinking: “What can you do with it?”. After that, it went relatively quickly that I also did sales support for PreonLab.

Returning back to the present, how and how regularly do you use PreonLab in your day-to-day work?

I definitely work with PreonLab on a daily basis. In fact, hardly a day goes by where I don’t have PreonLab running. And I’m also of the opinion that if you’re in support, it’s hardly feasible otherwise.

I believe that this is also something that sets AVL apart from pure, classical software support: the people who are here in support actually work with the software, in engineering, i.e. in projects, and also have project experience and technical experience. I think that gives the customer a certain added value. Because when they call the support team, they don’t just get information on how to find the sensor for example, but also get tips on how to model it better in relation to the problem etc. I think that’s added value compared to classic software support.

Finally, I now know that you have been familiar with and using PreonLab for 5 years.
At that time it was still the 2.x series. In the meantime a lot has happened, on the one hand we are close to releasing 5.3 and on the other hand many new customers could be won in the last years.
You have been part of this development yourself - how do you estimate the further potential for PreonLab for the next, let's say, 5 years?

I think the potential is as great as ever. To say that we are at the beginning would be wrong. But we are, I think, still in the early stages in terms of the potential of the market.
From my point of view, there are still an incredible number of applications that can be addressed with particle-based methods, where there simply hasn’t been enough time to do so yet. And that alone offers great potential I think, especially if you look at the fast development times of FIFTY2.

In my opinion, you are incredibly agile and fast in implementing new ideas and features. That is simply top. Of course, you’re also a company that, let’s say, has more of a start-up character, which was and is the case. And that favors that, of course. So of course, you can act much faster and more agile and bring that into the product. But bringing that in the product is often not the problem in itself, it also has to work well, so to speak. And you’re getting that right, too. So really big praise in the direction of FIFTY2. I personally appreciate the cooperation very much. It’s a great fit and I think this combination, that FIFTY2 can concentrate on the development of the tool and AVL can focus on support and sales, is a great combination. That creates great conditions for being able to provide resources for development.