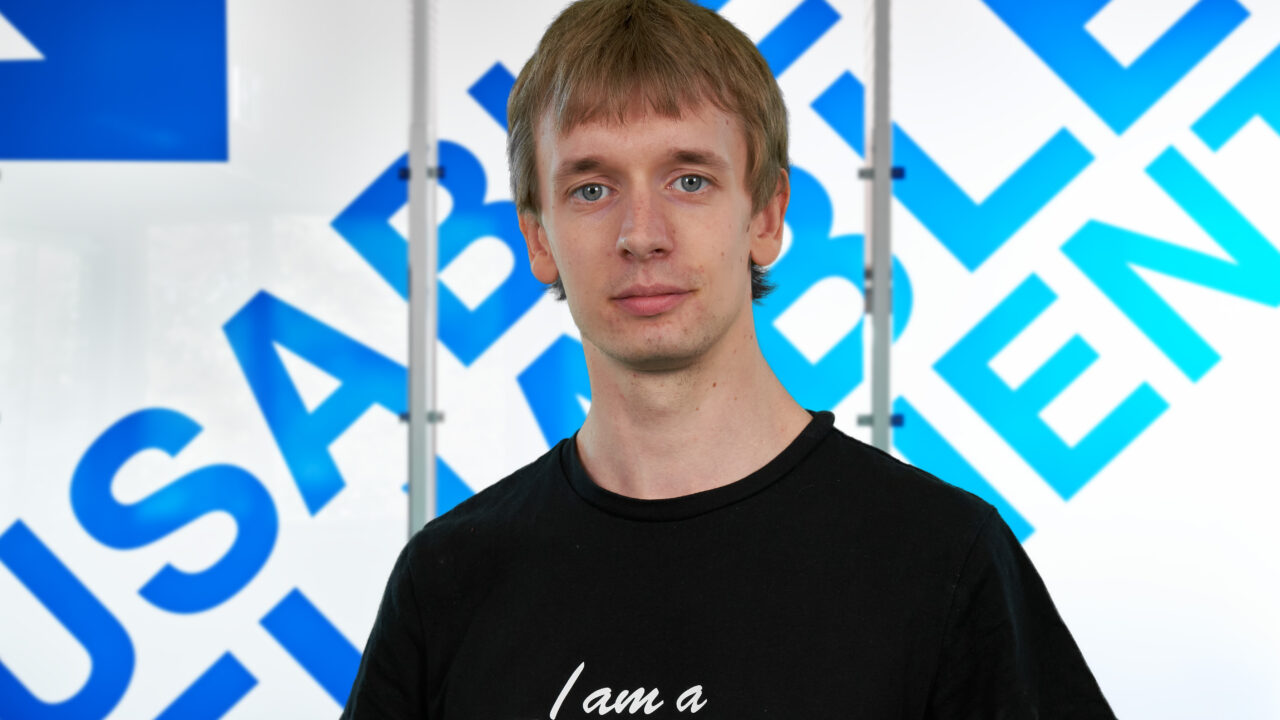 What’s your role at FIFTY2?

I’m a programmer and work on PreonLab. In the early days, I worked on virtually all aspects of the software at some point – whatever was most urgent.
As our team grew, I focussed more on the simulation core. One of my main topics is performance – keeping the solver fast and finding ways to make it faster.

How did you find your way to FIFTY2?

Early on, I knew I wanted to work in the field of computer graphics / simulation. As a teenager, I desperately wanted to understand how computer games work. Creating virtual worlds and opening a window into them just seemed like the most fascinating thing to me. So I started learning C++ and worked on various hobby projects. Later I did my Bachelor in computer science in Berlin and then came to Freiburg for the Master.
I worked as a research assistant in Professor Teschner’s computer graphics group and Markus Ihmsen (PhD student at the time) eventually supervised my Master thesis. FIFTY2 was founded shortly after, so this was a perfect fit for me.

What’s your favourite feature in PreonLab?

I take great pleasure in making my own code obsolete. The best example is probably PreonMesher. I did my Master thesis on fluid surface reconstruction, a process which generates a triangle mesh from particles (called “PreonMesher” in PreonLab). During the presentation, one of the reviewers asked: “Why build a mesh at all? Why not ray-trace the particles directly?” I knew that he was right, but it was simply beyond the scope of my thesis.
After starting at FIFTY2, I worked on this idea as a side-project. Quickly, this turned into “PreonRenderer” and it basically made “PreonMesher” obsolete for most applications. It solved the same problem – visualizing the fluid’s surface – but in a very different way. It’s my favourite feature because it can be tough to walk away from almost a year of work and to pursue a different approach. But if it works out it’s very rewarding.

What is a “Kicker Crown” and how many did you win?

First of all, thank you for raising this important question which was totally not suggested by me. Everybody knows that a foosball (“kicker” in german) table is a prerequisite for a successful start-up, so we got one as soon as we moved from the university into our own office.
We quickly established the tradition of awarding a “crown” to the player with the best win/loss difference every few months. To this date, I earned a total of 19 crowns which is the highest number of crowns at FIFTY2. And number 20 is looking good!

One of the coolest things while working at FIFTY2 was that I discovered running for me. I basically didn’t move from age 15 to 25 and had zero endurance. As FIFTY2, we took part in multiple (voluntary!) running events and this really motivated me to get going.
Once I could run 5km without pain it started to become a lot of fun and I started to appreciate the beautiful landscape in and around Freiburg.
And just like with solver code, you can always get faster!